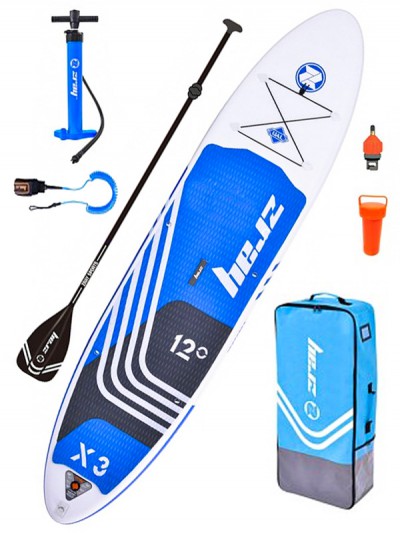 Paddleboard ZRAY X3 X-RIDER Epic is an all-round float suitable especially for calmer or slightly flowing surfaces. Zray uses a single-layer Military Grade drop stitch technology, which ensures higher rigidity than conventional single-layer constructions. With its length of 12 '0 " it belongs to the category of longer floats, which allow riders to reach higher speeds. The float will hold the direction better than the competitor Zray E11, but thanks to the extra length it will be a little less stable. thanks to the volume of 324L, you can take a child or a four-legged pet with you.The ZRAY X3 X-RIDER Epic will take you both without any worries.

In addition to standard equipment, such as the cargo space in front of the paddleboard and the d-ring for attaching leash, this float has several less common gadgets. A raised nose is a good thing that you may not even notice at first glance, but it will make sailing much easier and also has a positive effect on speed. Not only kayakers will enjoy the extra d-rings, which will allow you to attach a seat and give the paddleboard a new dimension. The main feature, however, remains the elevated kick pad. It is part of the EVA tread layer, which is on the surface of the paddleboard for better grip and a more comfortable ride. The kick pad is used to lock the rear leg when turning and allows easier weight transfer backwards. Thanks to it, you will be able to immerse the foot of the paddleboard in the water and turn almost on the spot, even though the paddleboard is longer. 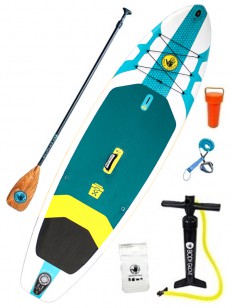 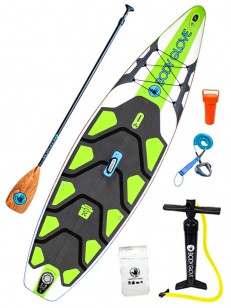 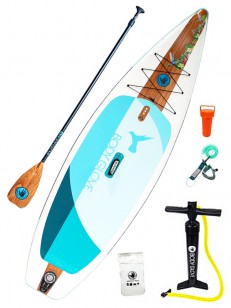 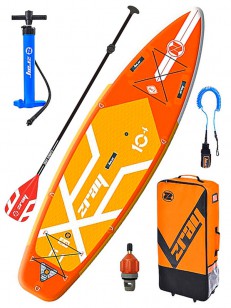 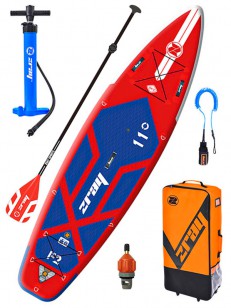 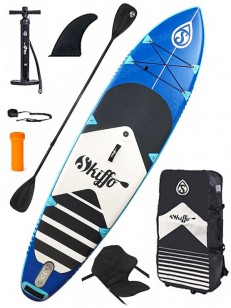 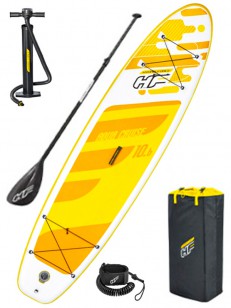 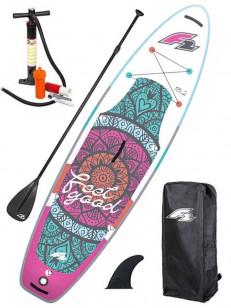 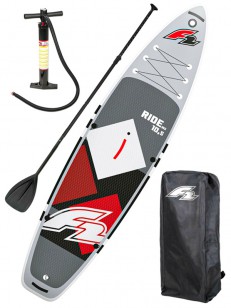 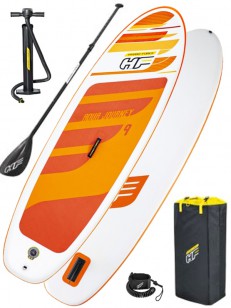 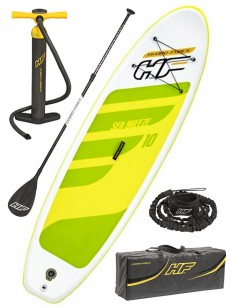 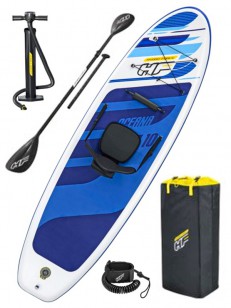 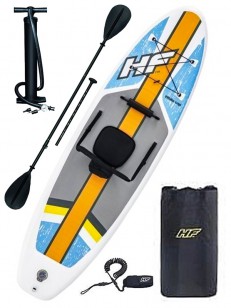 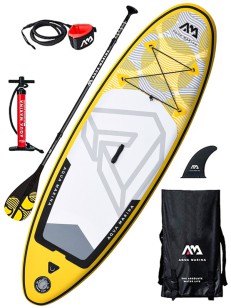